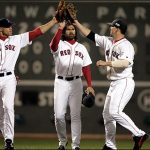 When Red Sox outfielder Gabe Kapler ran in from his position in right field to celebrate the World Championship after the final out in Game Four of the 2004 World Series, it seemed surreal to him.  “I felt like I was in a movie,” Kapler recalled in a recent interview.  “I was asking myself if it was really happening.  “After… END_OF_DOCUMENT_TOKEN_TO_BE_REPLACED 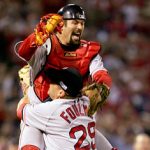 Former Red Sox closer Keith Foulke was the unsung hero of the 2004 World Series. Keith was on the mound to close out all four World Series victories, earning the win in Game One and the save in Game Four to clinch Boston’s first World Championship in 86 years. But Foulke’s postseason heroics in 2004 weren’t limited to the World… END_OF_DOCUMENT_TOKEN_TO_BE_REPLACED 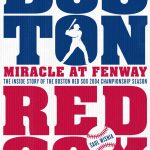 Boston Red Sox fans can never hear enough or read enough about their 2004 World Championship team.  Veteran baseball author Saul Wisnia does a wonderful job of meeting that need with his new book MIRACLE AT FENWAY: The Inside Story of the Boston Red Sox 2004 Championship Season (St. Martin’s Press). Wisnia’s premise is that an event of this magnitude… END_OF_DOCUMENT_TOKEN_TO_BE_REPLACED 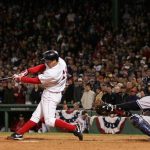 Former Red Sox third baseman Bill Muller delivered one of the more important RBI in team history when he drove in Dave Roberts from second base to tie the Yankees 4-4 in the ninth inning of Game Four of the 2004 ALCS.  Mueller’s clutch single to centerfield kept Red Sox hopes alive for their first World Championship in 86 seasons,… END_OF_DOCUMENT_TOKEN_TO_BE_REPLACED 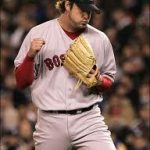 Former Red Sox All-Star pitcher Derek Lowe was the winning pitcher in the 2004 series-clinching victories over the Anaheim Angels in the ALDS, the New York Yankees in the ALCS, and the St. Louis Cardinals in the World Series.  Lowe is the only pitcher in MLB history to be credited with the victory in three consecutive postseason series. “That was… END_OF_DOCUMENT_TOKEN_TO_BE_REPLACED