When the 2018 Boston Red Sox won Game Five against the Los Angeles Dodgers the club became and still remain the only MLB team to win four World Championships in the 21st Century! And they became the first team in MLB history to win four World Championships over fifteen consecutive seasons in both the 20th and 21st Centuries! Given the Red Sox commitment to success in 2023, this is a great time to step back and review the glorious history of baseball in Boston over 152 seasons. 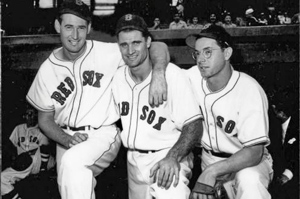 Boston’s 152 consecutive seasons are the most in major league baseball—in fact the most in the world. Chicago is second with 150 consecutive seasons, and we can thank Mrs. O’Leary’s cow for shutting down Chicago baseball in 1872, leaving us with the world record. From 1871 to 1900, the Boston Red Stockings/Beaneaters were the dominant team in professional baseball. Then in 1901 the Boston Nationals—who became the Braves in 1912—were joined by the Boston Americans—who became the Red Sox in 1908. The two teams fought for fans’ affections over the next 52 seasons until the Braves waved the white flag of surrender and moved to Milwaukee for the 1953 season.

Seven-game defeats in the 1967, 1975, and 1986 World Series only seemed to stoke the passion of Red Sox fans. When the 2004 Red Sox staged the greatest comebacks in sports history by defeating the New York Yankees and then sweeping the Cardinals in the World Series, Red Sox Nation was in full-flower.

World Series wins in 2007 and the improbable 2013 World Championship reminded us that Boston baseball dominates the first two decades of every century!

That 2018 Red Sox club made history by winning 108 games over the regular season, eclipsing the old team record of 105 wins set by the 1912 Boston Red Sox. And with 11 victories in the playoffs their win total of 119 is second best in MLB history, trailing only the 2001 Seattle Mariners with 120 wins. 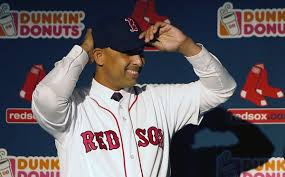 The Boston Red Sox have a glorious history and they intend to make 2023 another memorable season!