It is hard to remember when we admire a totally renovated Fenway Park today, but just 15 years ago the previous Red Sox ownership was determined to replace America’s most beloved ballpark with a new park.  This feature written in 2000, by John Rouse, Ball State University professor of political science, reminds us of how close we came to losing our iconic ballpark.

Peter Drucker, the management guru, writes that within a few short decades, society rearranges itself–its worldview, its basic values, its social and political structure, its arts, its key institutions. Fifty years later, there is a new world. For me, and for millions of Red Sox fans all over the world, Boston–and Red Sox baseball– are going through a transformation.

Fifty-one years ago this year my father, long since departed these earthly environs, took my brother and me to see Cleveland play the 1949 Red Sox. I was seven. From a child’s perspective, I recall how unfair I thought it was for the Red Sox to make “that colored boy” chase baseballs all over centerfield.

Our family lived in South Carolina, traveled to Boston in the summers, and “colored boy” was a polite way of saying “Negroes” or worse in that era. I had no way of knowing how awesome the hitting power of the Red Sox lineup was in the Post World War II years. 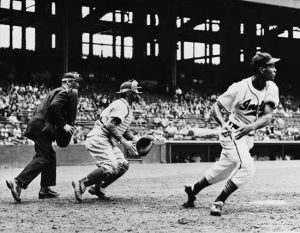 My dad, brother and I watched Larry Doby, the first black to play in the American League, repeatedly chase down baseballs of the 1949 Red Sox. During the 1950s, we ventured into FenwayPark to watch the Red Sox host the hated Yankees for 4th of July doubleheaders (bleacher seats–rather benches–were 75 cents per ticket then). For tens of millions of New Englanders, historic FenwayPark is their personal field of dreams. John Harrington, corporate executive of the current Red Sox management, wants to tear down MLB’s historic monument to family values.

Today Brian Daubach wears the number 23. But in my memories of the 1950s Red Sox, 23 was pitcher Tommy Brewer. No. 5 was not Nomar Garciaparra, but field manager Pinky Higgins. No. 25 was not Troy O’Leary but first baseman Dick Gernert. No. 22 was not Jimy Williams, but catcher Sammy White. Number 37 was not Rheal Cormier, but Jimmy Piersall.

I have more than a half century of sunk costs invested into Boston’s hard luck, yet venerable, baseball team and its treasured home. A couple of years ago I took my 17 year old nephew to Boston with the premise that if I should suffer for half a century, he might as well catch the Red Sox-Fenway Park “virus” and suffer too. 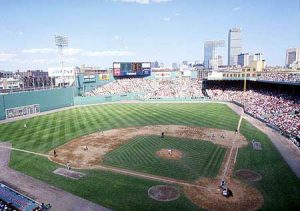 As Harrington, Mayor Thomas Menino, and their legions of corporate climbers discard the sacred traditions of Fenway Park, I have several observations for their careful consideration:

Zero-sum games create permanent enemies. The current zero-sum power game will produce tens of millions of losers if Harrington and Menino destroy Fenway Park. Instead, why not phase in an upper deck of perhaps 10,000 seats? Harrington gets expansion, Menino gets re-elected, the players remain rich and my nephew and I keep our memories. Fans and Fenway Park neighbors would prove patient with the ongoing reconstruction.

Fenway Park is an original. Boston prides itself on originals. The historic home of the Red Sox, Fenway Park–commissioned in 1912 before World War I–is an artifact that makes Boston baseball unique. A new stadium in the Fens changes forever the meaning of “Red Sox Nation.” A new culture of Boston Red Sox baseball will emerge. Will Back Bay become the Manhattan of Boston? Who is getting rich from attempts by Harrington and Menino to make Back Bay and the Fens more like Manhattan and Central Park. 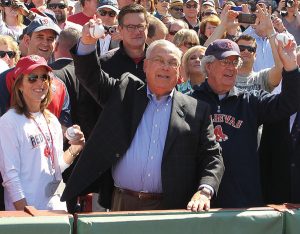 The personal–and the corporate. Major League Baseball has become very corporate. Yet the game of baseball played in FenwayPark is very personal. Old Fenway is the game at the park. A new Fenway Park will be a stadium at the mall. The uniqueness of Fenway makes it what it is. And with Red Sox pitching the way it is, obstructed views have meaning.

The limits of the MBTA. Even if the Harrington-Menino team agrees to an upper deck for the 1912 infrastructure, another 10,000 fans jamming the Kenmore Square area 81 times per season places significantly greater burdens on transportation and police services. Government, including the MBTA, services will be tested by still larger crowds as thousands more fans flock to a larger copy of a copy of a copy of other stadiums.

Saving FenwayPark is moral. Drucker is correct. A new world of Major League Baseball is emerging. Boston society is rearranging itself. But morality implies rightness and wrongness. Saving Fenway Park is moral. Boston might gain the corporate world of MLB, yet lose its very soul. 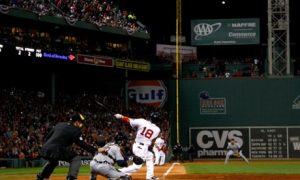 It is immoral for the Harrington-Menino corporate gorilla to bring pain, to cause mental distress, and to inflict permanent damage to millions of Red Sox fans by destroying a sacred place of perpetual goodness and occasional joy.

John Rouse is professor of political science at Ball State University in Muncie, Indiana.   This article originally appeared in the Harvard Crimson.

About the Author: John Rouse