REVIEW—Pudge: The Biography of Carlton Fisk

If you had asked portrait artist Norman Rockwell to paint a picture of the quintessential major league catcher, he would have drawn Carlton “Pudge” Fisk on the mound at Fenway Park, catcher’s mask atop his head, waiting patiently for the relief pitcher to arrive. Writer Doug Wilson matches Rockwell’s skills with his words in, Pudge: The Biography of Carlton Fisk. 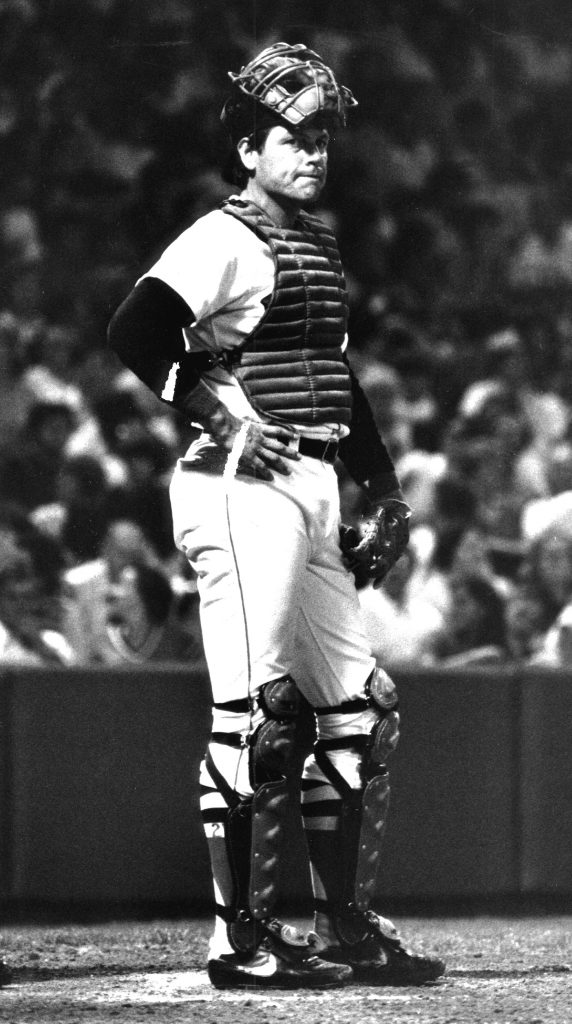 Doug Wilson answers completely the question: what is Carlton Fisk really like? To get those answers Wilson spent what must have been hundreds of hours researching Fisk before, during, and after his major league career. He lists more than 30 books in his comprehensive bibliography in the book. Given the quality of this book I am proud to be included in his bibliography.

To compliment his research Wilson interviewed many of Fisk’s friends and acquaintances from Charlestown, NH, and surrounding areas. These interviews provide meaningful insights on his upbringing and motivations. At the risk of oversimplifying, Fisk clearly learned his work ethic from his father, Cecil Fisk, and he has spent his life striving to meet his dad’s expectations for him.

If you want to know what a ballplayer is really like, ask his teammates. After 25 years of interviewing and writing about former major leaguers, I am convinced that is true. To complete his picture of Fisk the ballplayer, Doug Wilson interviewed dozens and dozens of Pudge’s former teammates from the very beginning to the end of his professional career. It would be one thing to write that Carlton Fisk was a hard-working ballplayer with principles, but it is a much higher level when you have player after player offering anecdotes about his hard work and principles.

If you live in New England you know that Carlton Fisk belongs to us. Not only was he born and raised here but he clearly was carved out of granite from the New Hampshire Mountains. Yes, we understand that he changed his Sox to white and he played more seasons—13—in the Midwest than in Boston—11—but we always knew that he was on temporary loan and his heart was still in New England. 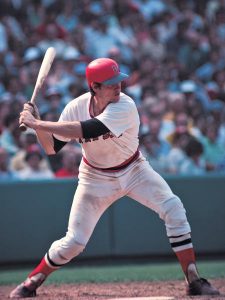 As a New Englander you will be pleased to know that about 20% of the book is devoted to Carlton’s coming of age in New England and almost half of it covers his time with the Red Sox. All baseball fans should be pleased with this mix since it reflects the relative importance of his experiences.

A significant amount of time is spent on Fisk’s contractual relations with the Red Sox and especially with part-owner Haywood Sullivan. This is important because these contentious negotiations ended with Fisk heading to Chicago. Based on interviews with dozens of former Red Sox players that negotiated with Sullivan, I can certify that former backup catcher Sullivan never really adjusted to the reality that MLB players were entitled to contracts worth $1 million and more!

A final note on Carlton Fisk as a New Englander. Pudge and his wife Linda spend part of the year in their Florida home and part of the year in the Chicago suburbs. When I interviewed Fisk a number of years ago, I asked if New England was still home. He answered it this way, “When we close up our Florida home, if we head to New Hampshire we say ‘we’re going home,’ otherwise we say ‘we’re going back to Chicago.’” 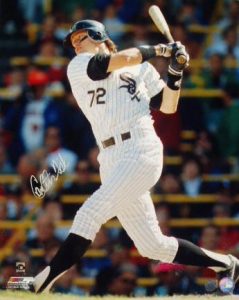 If you are a New Englander and a Red Sox fan, you will definitely want to add, Pudge: The Biography of Carlton Fisk, to your baseball book collection. If you are a baseball fan you will want to buy the book. If you have read this far: buy the book!

For additional information on Doug Wilson go to:

Herb Crehan just finished his 20th season as a Contributing Writer and he has written more than 100 feature articles for RED SOX MAGAZINE. He is the publisher of a website that is dedicated to the preservation of Boston baseball history. Comments and suggestions for future articles may be submitted to his website www.bostonbaseballhistory.com