Gringos in the Mexican League 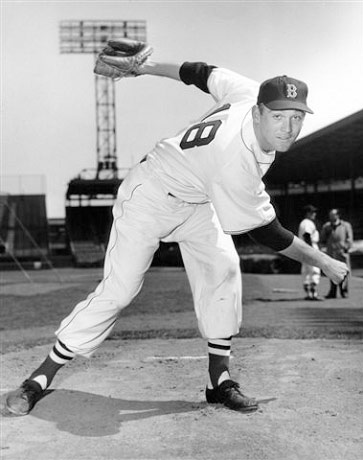 In 1953, after my first Major League Baseball season was over, I was in my hometown of Burbank, California. A man named Anderson called and said if I would pitch on Sundays for the Rosabell Plumbers (a semi-pro team) he would get me a job at the movie studios as a “grip.” Damned right I would! I went to work at four in the afternoon, worked until six o’clock on straight time, and then got time and a half until quitting time at eleven. We put up and took down sets for TV shows and movies. Every Friday we did the Loretta Young Show. I really enjoyed it and the money was very good at $4.75 an hour.

Then Jack Corbett, the Red Sox scout who had signed me, called and said they were looking for a pitcher down in Mexico and were paying $1300 a month. Oh? Really? So I drove down to Obregon on the west coast of that country and the headlines read: OTRO BIG-LEAGUER A LA COSTA and SULLIVAN SE UNIO A LOS YAQUIS, which means another beer drinker has arrived.

I joined Don Larsen, Buddy Peterson, Al Heist and Clint Courtney, the other “gringos” on the team, and was put up with them in the two-story hotel (no elevator) that had a very high surrounding wall topped off with broken glass. (Good enough hint for me!)

Every bit of flooring in that hotel was ceramic tile and after every game Peterson wasted no time heading for the bar with his baseball spikes on. He was okay going in, but coming out was another story. We never understood why he didn’t take his spikes off, but he never did. Later, you could hear him all over the complex. ROSE! (His wife) ROSE! That’s right ROSE! It’s me and I’m drunk again. Unlock the goddamn door now Rose, I’m on my way up!”

And with that, he would start his skating, falling, sliding, ricocheting, crawling act trying to get to Rose with those damn spikes on. The stairs were difficult for him. When we had nothing to do we would go watch that part of the journey and heckle.

There were no paved roads except for the one main highway through town and there were other problems. No pure water, no cured meat, no pasteurized milk and USA canned goods were scarce. I hate to be this vivid but it was the shits! In fact, in the seventh inning of a game at the town of Navojoa, Clint Courtney had a problem rounding third base and to top it off, he had to slide at home plate!

Even though Clint was the playing manager of the team, we asked him to sit in the back of the bus with all of the windows open, alone, as we returned to Ciudad Obregon still in our uniforms. He sat back there puffing on a cigar and, trust me, never was cigar smoke more welcome. Clint was smiling. We had won the game.

To order an autographed copy of Frank Sullivan’s book “LIFE IS MORE THAN NINE INNINGS” make a check out to Frank Sullivan for $23—includes postage—and sent it along with your signing instructions to:
Frank Sullivan
P.O. Box 1873
Lihue, HI 96766