The April 6 Red Sox season opener against the Philadelphia Phillies marks the 145th consecutive season of professional baseball in Boston! We are celebrating this milestone by changing our masthead to note this fact. 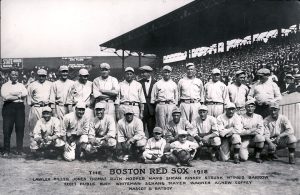 From 1871 to 1900, the Boston Red Stockings/Beaneaters were the dominant team in professional baseball. Then in 1901 the Boston Nationals—who became the Braves in 1912—were joined by the Boston Americans—who became the Red Sox in 1908. The two teams fought for fans’ affections for the next 52 seasons until the Braves waved the white flag of surrender and moved to Milwaukee for the 1953 season.

The sale of some fellow named Ruth after the 1919 season kicked off two dismal decades of baseball in Boston. But the arrival of another fellow named Williams in 1939 kicked off a resurgence of interest. 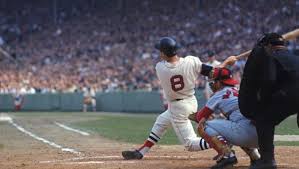 World Series wins in 2007 and the improbable 2013 World Championship reminds us that Boston baseball dominates the first two decades of every century.

And the challenge of going from worst-to-first-to-worst-to first ensures that the 2015 Red Sox season will be a very exciting year!