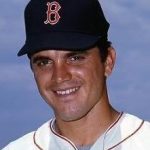 Anthony Richard Conigliaro was born in Revere MA, on January 7, 1945. It almost seemed that Tony Conigliaro was born to play with and star for the Boston Red Sox. Tony spent his earliest years in Revere, he learned to play baseball in East Boston, and the Conigliaro family moved to Swampscott on the north shore of Boston when he… END_OF_DOCUMENT_TOKEN_TO_BE_REPLACED 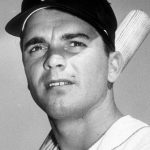